Usually, they weren’t central to a new gameplay mechanic, and even if they were, they granted access to jobs that would turn a profit relatively quickly in a straightforward manner. Previous examples of extremely overpriced content were the Luxor Deluxe, Lowrider vehicles, yachts and executive offices. The Luxor Deluxe is a 10 million gold-plated jet which is completely and utterly useless beyond being a status symbol – probably like such a vehicle would be in real life. 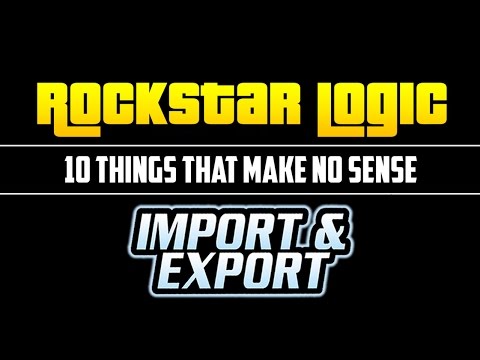 Usually, they weren’t central to a new gameplay mechanic, and even if they were, they granted access to jobs that would turn a profit relatively quickly in a straightforward manner.

Previous examples of extremely overpriced content were the Luxor Deluxe, Lowrider vehicles, yachts and executive offices. The Luxor Deluxe is a 10 million gold-plated jet which is completely and utterly useless beyond being a status symbol – probably like such a vehicle would be in real life. It didn’t grant access to important content, nor was is the main focus of a given update. In the case of custom vehicles tricked out at Benny’s, fully upgraded customs were, again, entirely optional.

They were cool to look at and served to show off one’s in-game wealth, but not owning one didn’t wall off major bits of in-game content. It was a flashy bit of virtual memorabilia to look at for a while before storing in your garage. The yachts were a different matter. They cost less than the Luxor Deluxe but had a whole lot more functionality and notably unlock the Piracy Prevention mission.

Unless you bought the most expensive option – instead of the objectively superior middle-class yacht – you probably didn’t end up regretting it. Then you had the executive offices, which were the first time things were a bit swanky. These offices start at one million, and are required to partake in CEO missions. Many players expected to make a return on this within hours and when reality crashed into their skulls like the sledgehammer of the gods, they were a tad pissed.

After ideal methods were discovered for the running of crates these missions quickly became recognized as the best way to make money in GTA Online, but it still takes some effort to make a profit on such a high investment.

Rockstar seemingly improved the formula with Bikers, where clubhouses were comparatively cheap, as were the businesses which provided passive income. This approach, and that of the yachts, were probably the best and most balanced implementations of premium content that was a prerequisite for gaining access to new gameplay. The price of the content has been significantly hiked up while gaining money with the newly implemented system isn’t as easy to accomplish.

Sure, there is a method to make the process more efficient. But in the end running crate missions in an optimal manner yields greater rewards. And then there are the special vehicles. The cheapest is the Wastelander, which is still over half a million without the mission discount, and is just under it with the discount applied.

That is a car that costs as much as a yacht. These kinds of prices end up dividing the community in ways that usually paid-DLC does. This content can only be enjoyed by those who have the disposable income to buy Shark Cards, or who have the free time needed to grind up all that cash.

But what happens to those players who have neither? In many cases, these special vehicles get a serious downgrade. Those with ramps aren’t quite as durable as we would have expected and the Ruiner’s arsenal is limited greatly, forcing players to return to their vehicle warehouses after every 8 missiles they fire. This time around, the hiked up prices lacked the other factors which made them understandable in previous iterations.

This time, premium content acts as a paywall between the average players and the main gameplay feature implemented in GTA Online. Have you tried your hand at importing and exporting cars in GTA Online?

It’s been a big week for Rockstar, as Red Dead Online recently launched out of beta. If you need some fast cash to take advantage of those low prices, you can rack up dough with some Bodyguards and Associates jobs through an Organization to get double the payout. And if you need some extra muscle for whatever activity you’re taking on, you can ring up Merryweather for mercenaries, ammo drops, and airstrikes free of charge.

We can quickly see the image of that person who tries to make destruction. In the long run, your computer may accumulate with large levels of useless, temporary and files that are duplicate. Advanced SystemCare 12 cleans up such files and free up disk space.